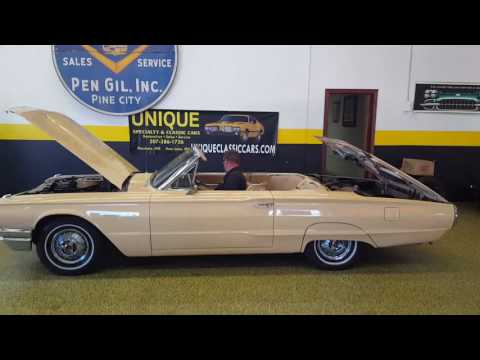 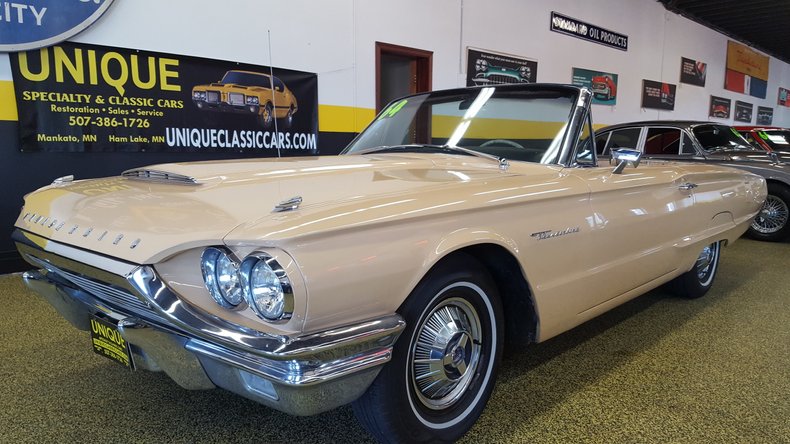 Here is a very nice and restored to original 1964 Ford Thunderbird Converible (named Margaret) with a great story. This was part of the World's Fair in In 1964. Certain models were selected and attached to a ride on the "Magic Skyway" designed by Walt Disney for Ford and this was one of the cars! After the World's Fair was complete they were shipped to local dealers where the Engine (390 300HP), Drive Shafts, and Transmission(Cruise O Matic Transmission) were installed and sold. This is a 3 Owner car (the next owner will be the 4th). It is also listed in the Thunderbird Registry as a "Significant Thunderbird". It is a very nice car that runs and drives very well and the extensive restoration was intended for this purpose. The car was bought in 2013 by a large collector and on display at a Museum before we acquired the vehicle. Call Jeff Kuchenbecker or Jay Andersen with offers, trades, and questions @ 507-386-1726