We are always looking for more help, so if you wish to apply click the button below and fill out the PDF and email the filled out PDF to unscmandy@gmail.com with "Job Application" in the subject line. If you have any further questions about further positions, please give Mandy a call at (507)-386-1726! 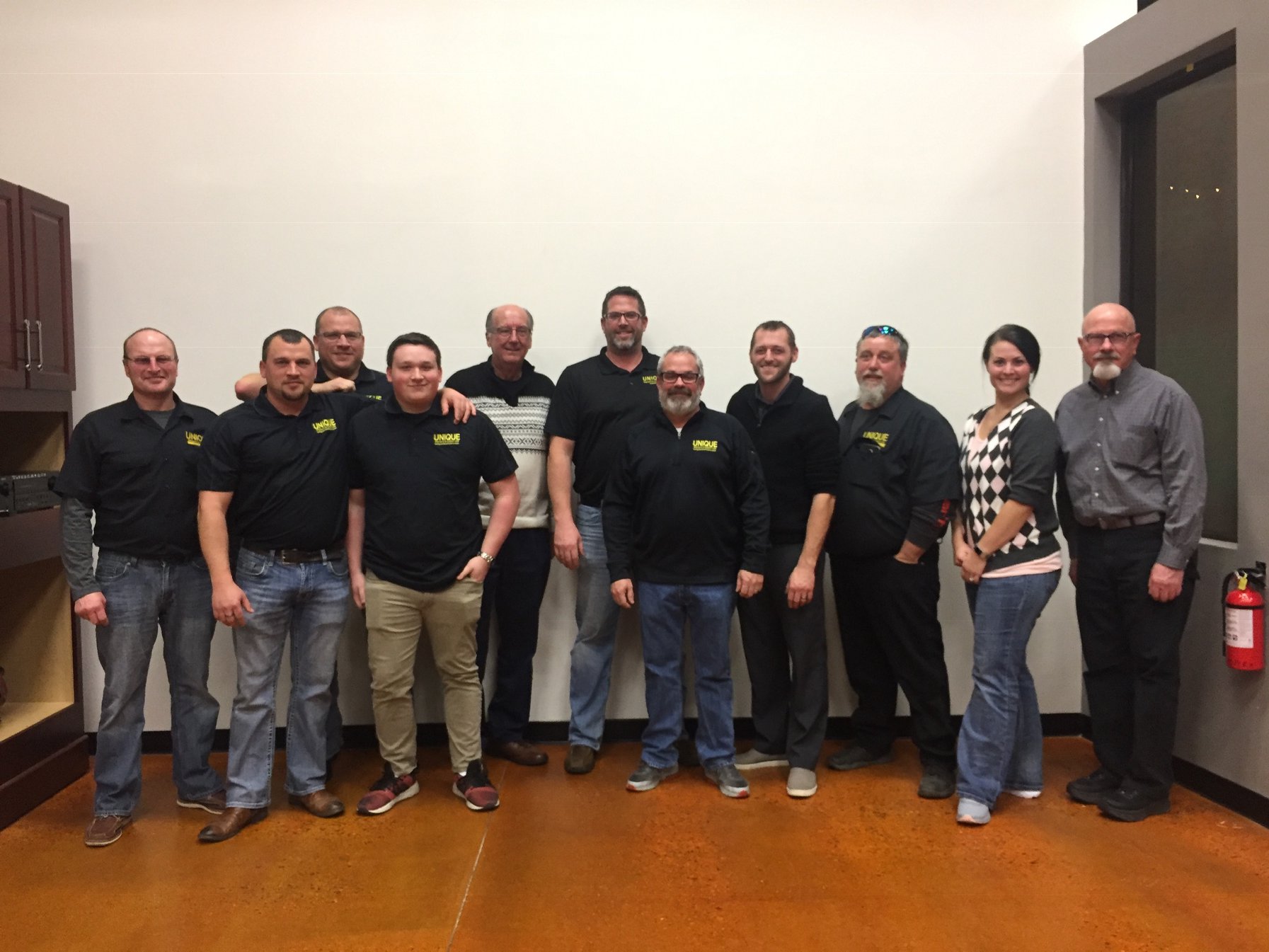 Owner Jeremy Thomas has had a great passion for cars since he was a child.  Jeremy has experience in the automotive industry with over 27 years in the business, including time spent as a manager for both General Motors and Ford franchise dealerships.

Mandy Zrust was born in Mankato and has been here ever since.  She received her Accounting Degree from South Central College.  Mandy has been working in the Automotive Accounting industry for over 18 years and has experience in all aspects of the “Dealership world”.  When she is not crunching numbers she enjoys spending time with her family.

Nicholl is from Le Center and is now living just south of town on the family farm.  She received her Financial Accounting as well as Business Administration degree from Rasmussen College-Mankato.  Nicholl has been working in the office/financial world for over 11 years.  When she's not at work she loves spending time with family and friends and the lake, fishing or camping.

Jay Andersen has nearly 22 years experience in sales with his last 19 years being spent in the automotive industry.  He is a mustang fanatic with Saleen’s and Shelby’s being his favorite.  Since he started his career at Unique he finds himself growing a passion for “old originals” as well as street rods.  Jay says stop in and see him anytime.

Born during the Sturgis Motorcycle Rally Jeff Kuchenbecker was destined to be a motorcycle fanatic. He had his first motorcycle ride with his dad at the young age of 18 months. Harley Davidson is in his blood. Jeff proclaims himself as a Jack-of-All-Trades and Master of none. His work experience ranges from being a culinary professional, Bar and Restaurant manager, Account Manager for Miller Lite, Motorcycle Sales Professional for Harley Davidson and a little of everything in between. Customer service is his strong point along with being able to carry on a conversation with anyone. When he is not thinking motorcycles and cars, Jeff likes to compete throwing darts, watching the Minnesota Gophers win a sporting event (this is a dedicated fan because it doesn’t happen too often), riding atv’s, and going to several live music concerts throughout the year. Stop in and say hi he likes to hear everyone’s story or maybe even a quick joke.

After working in heavy construction for nearly 20 years, Landon finally decided to follow a draem he has had since he was young; to work with his brother at a dealership.  Even better that is is a classic car dealership.  Landon loves classic cars whether they are fully restored or have been sitting in a barn for years.  They all have a great story and interesting history.  He enjoys fishing and spending time with his three boys.

Travis's passion for cars started at a very young age, to which he blames his father and grandfather for they both were local dirt track racers.  He has always been working in the automotive industry in some capacity.  In his free time his family still races go karts with himself, his children, sister, niece and father.

Pat Radunz has a passion for anything with a motor.  He has over 20 years experience in the automotive repair industry working in a variety of different shops in the Mankato area.  Pat lives in Amboy and has three children.  He spends his spare time racing super cross with his children and going to car shows.  He appreciates classic cars.

Dylan has grown up in the family business of car sales. Growing up with the climb of social media, learning from experience, and being around the platforms has given him a coverall of knowledge. He always gravitated towards YouTube and learned Adobe Premiere and Photoshop to further his impact on the platform. He is also the creator of the YouTube series 'After Hours'. When he is not at work he enjoys playing the drums/piano/guitar, gaming on Playstation 4 with his friends, and spending time outside with his family.