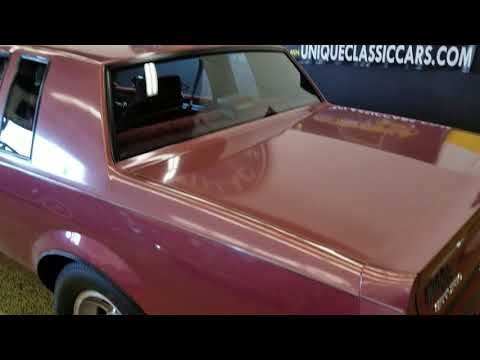 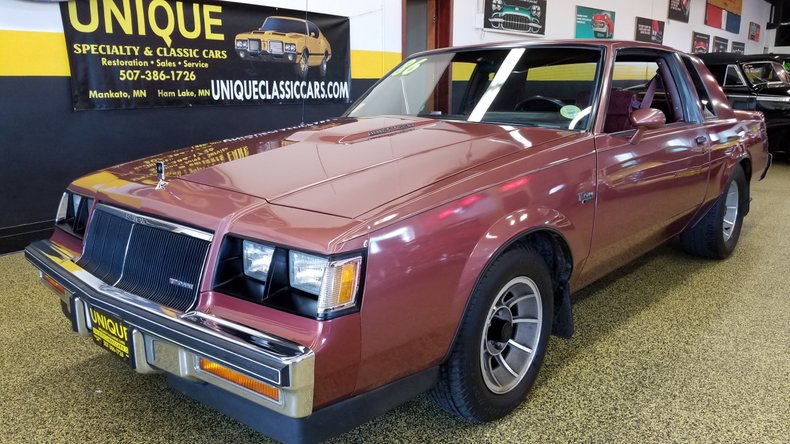 If you're in the market for a rare Buick that you just don't see everyday....here it is! This 1986 Buick Regal T-Type is not only rare it's also a one owner car we are representing for a good customer of ours! He's decided to part ways with it since he doesn't have the space for it anymore. In 1986 there were 5,512 Grand Nationals produced yet only 2.384 T-Types both vehicles receiving the same 3.8ltr. turbo charged engine we have all come to know and love. It produced more horsepower than the Vette, Mustang, Camaro, and Trans Am in 1986! This car is also finished in Rosewood Metallic (71 paint code) making it even more rare. The majority of the paint is still original as well as it retaining the original Rosewood interior. This car was driven close to daily in its early years and then less frequently as a Sunday funday car in its later years. It is still a reliable driver but does show some age on the driver's seat and the paints finish. A couple things to mention on this car: It's never been in an accident, RPO code does not show G80 but positraction was added in 1996, turbo replaced in 2000 with improved ceramic turbo and 3" Terry Houston down pipe added. Take a look at the video and pictures provided of the underside, exterior, etc. and you'll find this is a very solid car that can be taken to the next level or driven and enjoyed the way it is. If you would like to inquiry on this piece of Buick history give us a call at 507-386-1726 or Email "sales@uniquemankato.com" TRADES WILL BE CONSIDERED AND FINANCING IS AVAILABLE