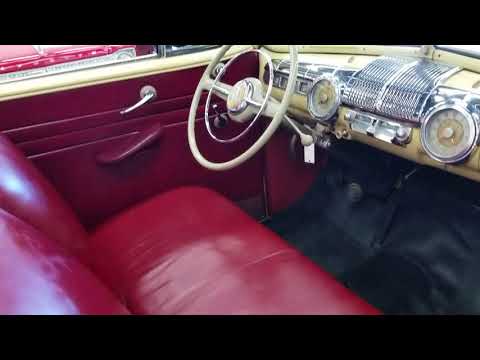 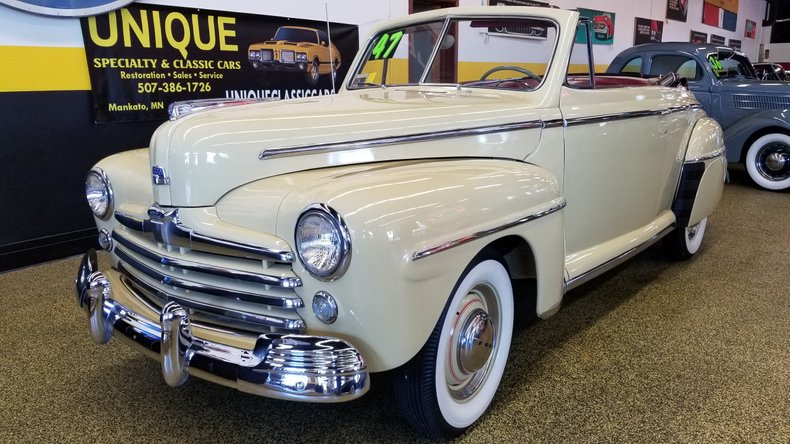 This 1947 Ford Deluxe car is presented like the car used in the movie, “Karate Kid”( Wax on, wax off!) It features the correct Lebaron Bonney upholstery, bumper guards, fender skirts, windshield washer and Blue Dot tail lights. It has the 239 CID flathead V-8 with 100 hp. Very nice looking car that just came out of a long term personal collection. We did notice that a couple of the gauges werent working, but it sure seems to turn heads while going down the road! Ready for you to enjoy! Please email or call 507-386-1726 with questions, TRADES AND FINANCING ARE AVAILABLE!

The 1947 Ford line was similar to the short 1946. Visual differences included the removal of the red accents from the grill and the two small lights located just above it. Ford began titling 1947s in February 1947. For the first few weeks, the 1947 model was identical to the 1946. Ford then restyled the body slightly first by moving the parking lights from above the grill to below each headlight. Exterior moldings were changed from grooved to a smooth design. A new hood ornament with a blue plastic insert was installed. A new hubcap design became available in March. The interior dash color was changed from red accent to gold. By September, the roof-mounted antenna was moved to the cowl. Horns were moved to in front of the radiator from the engine compartment. The final 1947 models were titled in November

•••MN residents are responsible for tax, license and title procurement fees. Out of state buyers will only have a $100 Title Procurement fee, no tax or other fees charged.•••