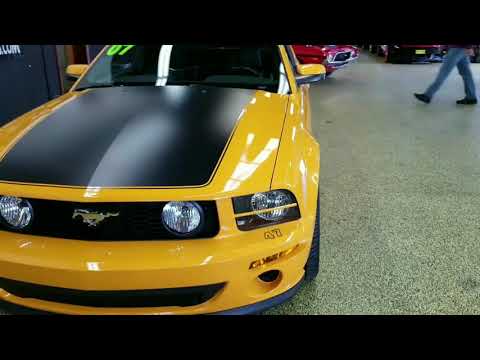 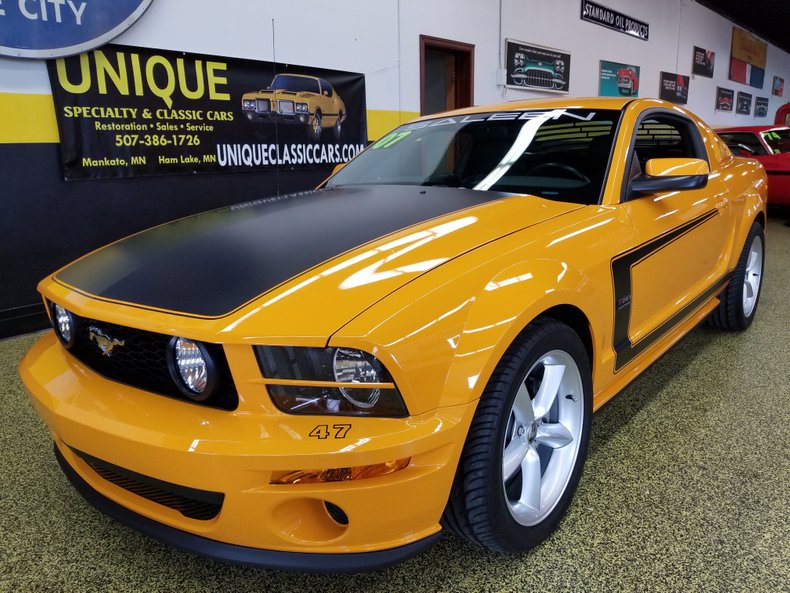 Have you been looking for a one of a kind Mustang? Here is a Heritage Edition Saleen that is literally one of one with the color/options that it was produced with by Saleen. Rumor has it, that the Heritage Editions were not going to be produced in Grabber Orange due to the production of the Parnelli Jones edition, since they were all grabber orange. Obviously it's a great color and harkens back to the 1970 Boss so it's not surprising the records show 6 slipped through and were made in this color. A total of 60 H281s were made in 2007 with this being #47 in the production sequence as specified by the bumper number, dash plaque and cowl tag. This car comes with all the Saleen standard equipment as well as body color quarter windows, rear window slats and the 3:73 rear gear upgrade making that 1 of 1! This particular car shows it has had 2 owners with one owning it the majority of the time. It was delivered to Russ Milne Ford later in 2007, in January of 2008 the owner of the dealership titled it and drove it until late July of 2008 when the gentleman that traded it to us took ownership. You can tell this car has been well taken care of from top to bottom inside and out with only 7,xxx miles. The floor mats are in plastic, stored in the trunk and like new. (We installed them for pictures and now they are back in the trunk with the generic floor mats back in the car itself) The Eagle 1 detail kit as well as the Cobra lug wrench are in the car as if it just left Saleen. The original window sticker has never been installed in the car and is in practically perfect shape. A letter of authenticity is included with purchase. Buy with confidence, Carfax confirms miles, no accidents, and an ownership timeline like described above. You won't find a lot of Mustangs in Grabber Orange let alone a Saleen with low miles and great condition. Give us a call to learn more and we would be happy to answer any questions you may have. Ask for Jay, Jeff or Landon at 507-386-1726 or email "sales@uniquemankato.com" ALL TRADES AND OFFERS WILL BE CONSIDERED....FINANCING IS AVAILABLE.