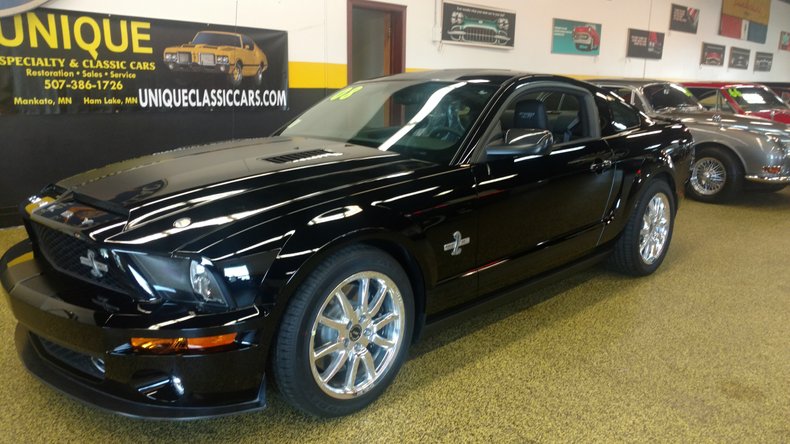 Here is one of the finest examples of a 2008 Ford Shelby GT500 KR 40th Anniversary edition Mustang. Caroll Shelby and Ford teamed up once again in 2008 to celebrate the 40th anniversary of one of the most iconic muscle cars ever produced, and the 2008 edition certainly measured up to the task. Out of a limited production run of only 1011 cars, this Shelby offered for sale was #526. It is 1 of only 328 Shelby KR Mustangs produced in the ebony black with satin ebony stripes. This car speaks for itself with less than 200 miles! FYI.....the red shading on some of the underside pics is the reflection from the drive on lift its sitting on. That should give you an idea of clean the underside of this car is. Yes, it's a true KR. Yes, It has the window sticker from Ford and Shelby supporting that. Yes, it has all the correct Shelby KR badging. Yes, the miles are actual and the Carfax and condition of the car support that.
Yes, this Shelby has had one owner from the state of WI and the Carfax also supports that.
Give Jay or Jeff a call at 507-386-1726 or email "sales@uniquemankato.com" with any questions. ALL TRADES WILL BE CONSIDERED AND FINANCING IS AVAILABLE